Wanted: magician's assistant Must be able to:
Mr. Electric (Marvyn and Carol Roy)
• set, pack and care for all props
• handle animals, from rabbits and doves up to large cats and snakes–no allergies allowed
• be beautiful, glamorous, charming, sexy, persuasive, and funny without upstaging the magician
• make sure lights and music hit their cues
• bring props to the magician openly and secretly
• fit into small boxes and holes
• take the bumps and bruises of a show night after night

​Cardini'sCard handling set a new standard
In Cardini's legendary vaudeville act; he played a tipsy man surprised by cards that just kept appearing in his hands​


Tina Lenert blends the arts of mime and magic.  Tina Lenert prefers not to be called a magician.  However, on stage, she uses magic with other arts, like mime or music, to tell a story.  In her best-known routine, she plays a cleaner who is tired and unhappy.  When her mop magically "comes to life," it offers flowers, romance, and the chance to live her dreams.  Tina Lenert followed a strange path to magic.  She has played guitar (rock and classical), surfed with a tandem surfing team, and left a secretarial job to become a mime.


Siegfried and Roy started the big magic tradition in Las Vegas.  Before 1980, Las Vegas was best known for legal gambling.  German magicians Siegfried and Roy made Vegas into the home of magic.  With their rare white tigers and other animals, they worked up to starring in their own show at the Stardust hotel.
In 1989, they moved into a theater built for them at the Mirage and opened a larger-than-life show featuring fabulous sets, lighting, showgirls, music, exotic animals and illusion.

The pair met in 1960 working on a German cruise ship, where Siegfried tended bar and did magic once a week.  After one show, Roy said, instead of making a rabbit appear, why not a cheetah?  Roy smuggled his pet cheetah on board for the next cruise.  This new act stunned the audience and started a long and profitable partnership 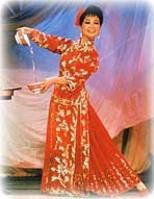 The fairer sex became fair game.  P.T. Selbit
Magic never showed the "torture" of women before 1921.  In that year, magician P.T. Selbit shut a woman in a wooden box, with ropes holding her down, and cut the box in two.  The audience loved it.  Magicians everywhere rushed to make their own, bloodier versions.
​Why did it catch on in 1921?  The numbing, brutal world war?  Anger over women's recent and often violent battle for the right to vote?  Whatever the reason, magicians still twist, stretch, and carve up women on stage.

Magician David Copperfield followed the TV success of Doug Henning, but with a twist.  Henning used the flower-child symbols of the 70s.  Copperfield adapted the look of a rock star, usually presenting magic to rock music.  Other magicians have since adopted the look.​ 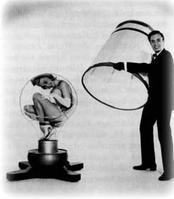 ​Jade presents magic with grace, elegance, and beauty
The magician Jade has a range of performing styles, including but not limited to traditional Chinese magic.  She changes a small bowl of rice into water, brings paper butterflies to life, and creates a snowstorm on stage.  Her grace and skill as a magician has earned the respect of her peers–she is the first woman to win the coveted Gold Medal from the International Brotherhood of Magicians.

Jade fell in love with magic in high school, when she walked into a magic shop on Fisherman's Wharf in San Francisco.  They thought at first she was too shy, but she convinced them to give her a job and grew from there into a talented professional magician.